SECO recognizes the following leaders in optometry and their significant contributions to the profession.

New Orleans, GA – March 10, 2022 – SECO International, the world’s leading annual conference providing ophthalmic professionals with outstanding educational opportunities since 1923, proudly announces the recipients of its 2022 awards. SECO recognizes the following leaders in optometry and their significant contributions to the profession.

“It is an honor and privilege to recognize this outstanding group of leaders and their contribution to the profession,” said Dr. Richard Durocher, President of SECO International, LLC. “Like a circle, the pursuit of excellence has no end. We salute your unwavering commitment to outstanding personal performance. SECO leadership would like to thank Dr. Sidney Stern, Dr. Tiffany Li McElroy, Samantha Denton, CPO, CPOA, Dr. Stan Dickerson, and Dr. Tammy Than for their personal and professional contributions.”

The Southern Council of Optometrists is pleased to honor Dr. Sidney Stern of Miami, Florida with the 2022 Optometrist of the South Award. Dr. Stern is currently a distinguished colleague of the Southern Council of Optometrists and member of the Florida Optometric Association. He is a past FOA President, SECO President, President of the World Council of Optometry Foundation, AOA committee member, as well as serving on many professional and civic boards and committees. Dr. Stern is a continued leader in the profession where he has demonstrated outstanding leadership and exemplary community service at the highest level. He remains a strong and reliable resource for all facets of optometry professionally. To recognize professional and personal distinctions of one of its most accomplished graduates, the Southern College of Optometry presented Dr. Stern with its Lifetime Achievement Award. Dr. Stern was named Optometrist of The Year 1997 and Optometrist of The Decade 2000 by the Florida Optometric Association. Dr. Sterns list of professional service and accomplishments span four decades of outstanding achievement. 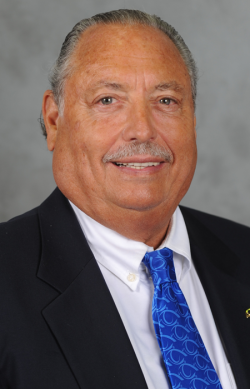 Southern Council of Optometrists’ Young Optometrist of the South Award

The Southern Council of Optometrists is pleased to honor Dr. Tiffany Li McElroy of Madison, Mississippi, with the 2022 Young Optometrist of the South Award. Dr. McElroy is recognized by her peers for her outstanding commitment and service to optometry throughout her career. She is a distinguished colleague of the Southern Council of Optometrists, the American Optometric Association, and is active in the Mississippi Optometric Association. Dr. McElroy has served on the MOA Continuing Education Committee, as Vice President of the Optometry for Progress Political Action Committee, MOA Legislative Committee, MOA Assistance to Graduates and Undergraduates (AGU) Committee, and as Chairman of the MOA Grass Roots Committee. Dr. McElroy’s crowning achievement has been creating and implementing a formal Grassroots committee and structure in 2018, where she served as the MOA’s Grassroots Chair until 202. Highly accomplished, with a heart for the community, Dr. McElroy can be found in schools giving eye exams to third graders in the morning and at assisted living centers giving eye exams to seniors in the afternoon. Dr. McElroy received the Jones County Best Optometrist award in the 2020 Laurel Leader Call Reader’s Choice Awards. Dr. McElroy also received the MOA’s Helen St. Clair Young Optometrist of the Year award in both 2020 and 2021 – becoming the first Mississippi Young OD to receive the award in consecutive years. 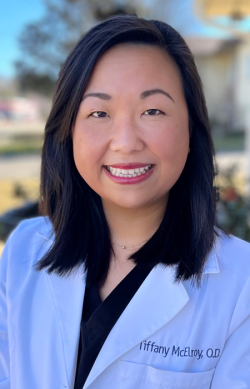 Southern Council of Optometrists’ Paraoptometric of the South

The Southern Council of Optometrists is pleased to honor Samantha Denton, CPO, CPOA of Oklahoma City, Oklahoma with the 2022 Paraoptometric of the South Award. Samantha was named Oklahoma’s 2021 Paraoptometric of the Year and currently serves as the Practice Administrator for Leadership Square EyeCare in downtown Oklahoma City. Samantha’s colleagues call her their rock, motivator, and cheerleader; and they say she is beloved by her patients. Samantha has achieved two paraoptometric certifications, the CPO and CPOA. She has served on the OAOP Paraoptometric Board as Member at Large for four years and is an avid recruiter of para volunteers. Samantha began her paraoptometric career at Leadership Square EyeCare in May 2007. Samantha has managed to achieve all of this while managing an optometry office and a household. She is regularly shuttling Gage, Grayson, and Ella to sports events and school activities, and working on becoming a legendary tamale maker with her husband, Brian. 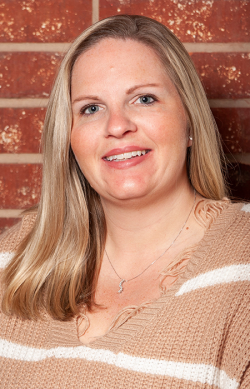 The Southern Council of Optometrists is pleased to honor Dr. Stan Dickerson, of Columbia, Tennessee, with the 2022 President’s Award in recognition of his dedicated years and outstanding advancements to the profession of optometry. Dr. Dickenson is a graduate of Southern College of Optometry and currently practices in Columbia, TN. Dr. Dickenson is a distinguished colleague of the Southern Council of Optometrists where he served as Trustee, served on the Logistics, Exhibits, and Reserve Fund committees, and is a SECO Past President. He is a member of the American Optometric Association (39 years), a member of the Tennessee Association of Optometric Physicians where he served as Trustee, Chairman of the Membership Committee, Long Range Planning Committee, and is Past President. Dr. Dickerson is the past president of the Duck River Optometric Society, and Charter member of the Alumni Council and member of Mentorship Program for the Southern College of Optometry. His awards and honors include Optometrist of the Year- Tennessee Association of Optometric Physicians, the Rotary Paul Harris Fellowship award, recognized by the Tennessee State House of Representatives for service to the profession, recognized by the Mayor of Columbia and the Maury County Commission for service to the community. Married to his wife Patricia since 1977, they have three children and five grandchildren. Dr. Dickerson enjoys hunting, fishing, golf, watching football, and most importantly, spending time with his grandchildren. 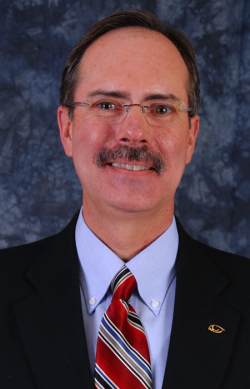 The Southern Council of Optometrists is pleased to honor Dr. Tammy Than of Sun City, Arizona, with the 2022 Distinguished Service Award in recognition of her exceptional contributions to the profession of optometry. A graduate of the Southern College of Optometry (ranked number 1 of 105 in class), Dr. Than now is Co-owner of Whole Coaching LLC, which works to improve the health of individuals through nutrition, fitness, and life coaching; nutrition certification obtained 2020. She served as a faculty member of UAB School of optometry 2000- 2006 and 2008 to 2014, Staff Optometrist for Carl Vinson VAMC 2006-2008 and 2016 to 2020. Dr. Than served as Professor for Didactic Courses, Master of Ocular Pharmacology, Diseases of the Anterior Segment, Ophthalmic Lasers, Injections, and Minor Surgical Procedures. Also providing instruction in numerous other courses, including Clinicolegal Aspects of Optometry, Physical Diagnosis, and Basic Science and Clinical Optometry. Dr. Than’s professional licensure and certifications include: Alabama Institutional Optometry License, 2000-2006; 2008-2016; Oklahoma License, 1996 – present; South Carolina Optometry License, 1996 – present; Certified by American Board of Certification in Medical Optometry, 2012 – present; Arkansas Optometry License, 1996 (retired 2001); Tennessee Optometry License, 1996; injection certified (license retired May 1999); Excimer Laser in Photorefractive Technologies Certification, TLC and Northeastern State University of Optometry, 1995; Laser Therapy for the Anterior Segment Certification, Northeastern State University College of Optometry, 1995; Certificate in Treatment and Management of Ocular Disease, International Association of Boards of Examiners in Optometry, 1994. 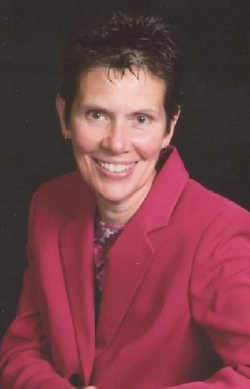 These optometry experts are recognized for their commitment to the profession and their exceptional skills. SECO congratulates the 2022 award recipients.

This Site Is Protected By
Shield Security →